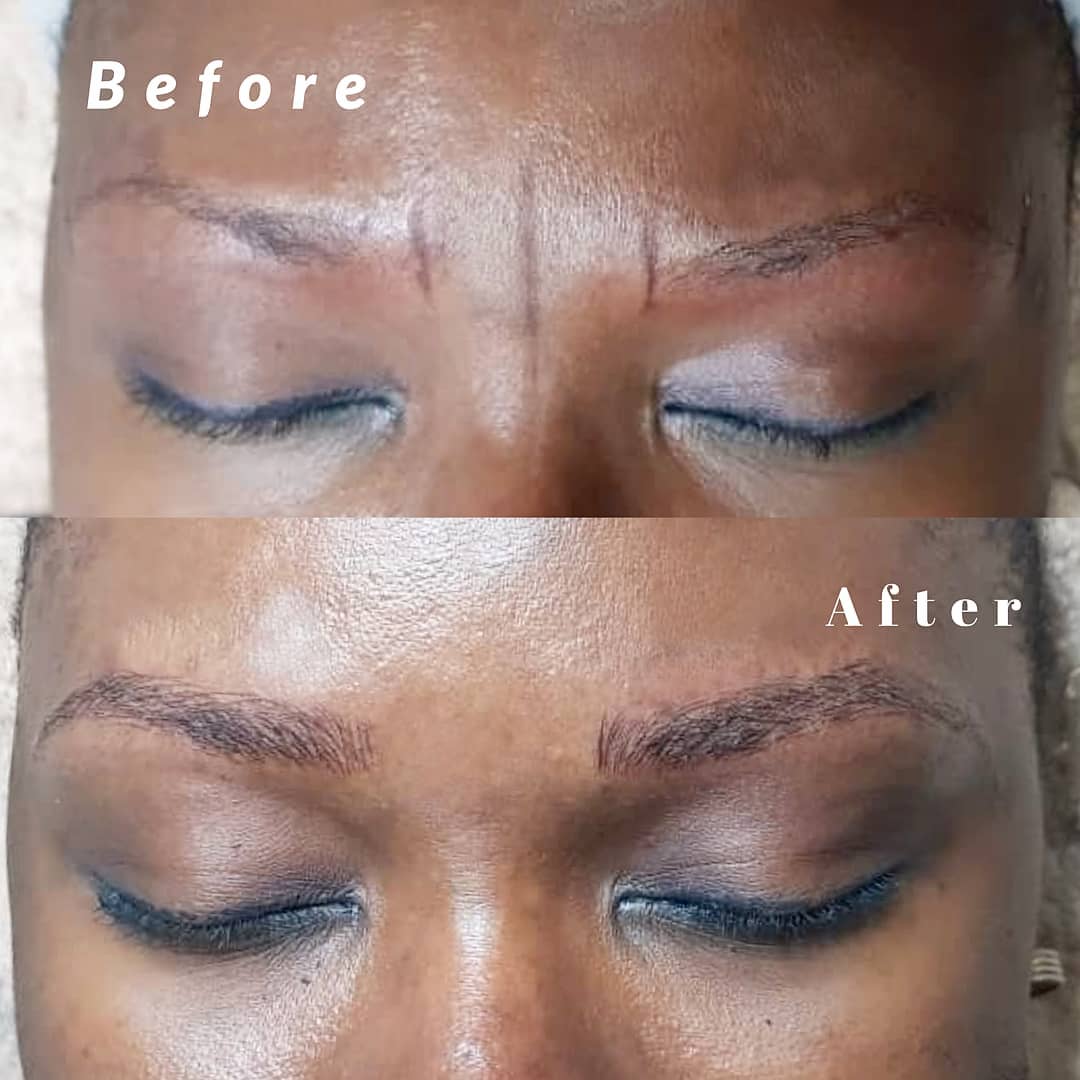 MICROBLADING AND MICROSHADING : WHAT IS THE DIFFERENCE?

A lot of people probably only know or have heard about Microblading, the semi- permanent eyebrow tattoos that gives you a fuller and natural look.

So we are going to talk about the cousin Micro shading.

We are going to explain the difference between Microblading and  Microshading  which are similar but different.

As we all know Microblading is a semi-permanent makeup procedure whereby hair-like incision strokes are created along the eyebrow to attempt to either enhance, reshape or create a natural looking appearance on the brows which can last up to 6 – 12 months, depending on skin types, after which the pigment fades, leaving the skin and your natural brows exactly as they were. The results are very natural and lifelike, giving the brows a natural and  fuller look.

HOW MUCH DOES MICROBLADING COST

Microshading is the same concept as microblading, with pigment used to fill in thin brows with small dots rather than strokes.

Microshading creates a soft, powdered effect that resembles eyebrow powder. It employs a stippling method, which uses repetitive dots of pigment. It’s semi-permanent and leaves a powder-brow look, rather than hair-like strokes.

HOW LONG DOES IT LAST ?

It can last up to 2 years depending on your lifestyle, care routine and skin type.

Microshading is gentler and also less painful and area is applied it normally numbed so there is no need to worry.

ARE THERE ANY SIDE EFFECTS?

The side effects are similar to those of microblading for more info visit https://treschicng.com/microblading-in-lagos/

CAN ANYONE DO MICROSHADING?

No, unfortunately. We highly recommend that if you have any of these conditions DO NOT get micro shading treatment.

This is also takes two sessions whereby after several weeks the final touch up is administered.

Due to the subtle nature of Microshading, most clients especially those with thin brows prefer to have Microblading and Microshading done to have that fuller and thick brow look.